The fine folks at MN Original produced a lovely video in April 2013. You can watch it here or see it on their website. Internationally known bow maker Matt Wehling became obsessed with bows after his violin broke and he struck up a friendship with the repairman. His passion took him to France, where he studied […] 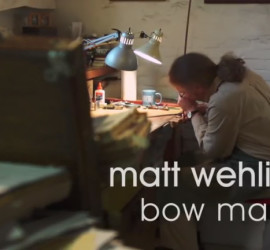